Share a memory
Obituary & Services
Tribute Wall
Read more about the life story of Elouise and share your memory.

Elouise Cora Ballard, 92, went to be with her Heavenly Father on Sunday, January 22, 2023, at Gordon Countryside Care. Elouise was born February 7, 1930, near Gordon, Nebraska, to Harold and Hulda Ballard. She grew up in a Sod house north of Gordon, Nebraska, where she lived for many years until moving to the home on the ranch which was built after she was married. Elouise graduated from Gordon High School. On August 30, 1948, Elouise married her first and only love, Norman Schwarting at the Ballard farm. They were active members of St. Paul’s Lutheran Church, Elouise also participated in the Ladies Guild of St. Paul’s.

After marrying, Elouise and Norman enjoyed dancing and various card parties. They settled in the house they built and raised 6 children. They had a baby named Dennis which died shortly after birth in 1954. Elouise’s greatest loves were her Heavenly Father, her husband Norman, family, and her love of the ranching/farming life which included many years of gardening and canning. Elouise worked side by side with Norman on the ranch never complaining. She was a wonderful mother and role model for her children. The love of the ranch was instilled in them all.

In their years of marriage, they enjoyed an occasional outing to the casinos, as well as their memorable trips, such as to Yellowstone and Washington State. Thanksgiving was a special time for Elouise and Norman when all the children and their families gathered. The card playing was always a favorite, with many, many cards being played. There was nothing Elouise wouldn’t do for her family, and she will always be remembered for her baking and cooking (the smell was amazing!).

Elouise and Norman retired from the Ranch, moving to Gordon, Nebraska, in the early 90’s, where she continued her life as a retired mother, and grandmother. Elouise and Norman were active members of the Rock of Ages Lutheran Church, while they were in Gordon.

Elouise was preceded in death by her husband Norman, her Father Harold, her Mother Hulda, her brothers Howard, Ralph and Melvin, her sisters Irene, and Lorene Faulk. Also, their baby Dennis and their Granddaughter Meadow Finch.

Elouise is very loved and will be missed by all.

To send flowers to the family or plant a tree in memory of Elouise Schwarting, please visit our floral store. 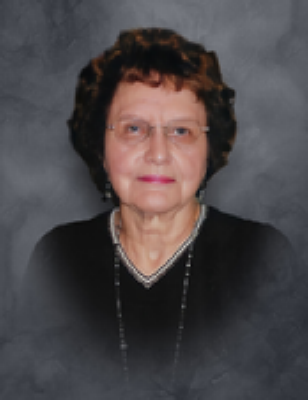