Share a memory
Obituary & Services
Tribute Wall
Read more about the life story of Geri and share your memory.

Geri Ann Landreth was the first of six children born to Daniel and Patricia Schmaltz on June 22, 1956, in Hot Springs, SD. She later became the older sister to Theresa, Barb, Daniel Jr, Lody and Patricia. She passed away January 12, 2023, at Gordon Memorial Hospital in Gordon, NE.

Geri Ann attended both grade school and high school in Rushville, graduating with the class of 1974.

On February 22, 1976, she married Robert Landreth. They made Rushville their home and were blessed with 2 children, Heather Ann and James Robert.

She was a secretary and bookkeeper for Bud & Betty Mitchell before becoming a dispatcher for the Sheridan County Sheriff’s Office. During her time with the Sheriff’s office, she received special recognition for her exceptional and professional dispatching. Geri Ann would later become the Deputy County Clerk at Sheridan County Courthouse where she worked until her retirement in June 2021.

Geri Ann enjoyed spending time with her children and 7 grandchildren. She welcomed her first great grandchild in October 2022. She enjoyed cooking meals for her family, flower gardening, spending time with family and friends, reading and collecting wind chimes and angels.

She was a wonderful wife, mother, grandmother, aunt, daughter, sister and friend. She became a second mother to many of Jimmy’s friends when he was in high school as anyone was always welcome in her home. She had a welcoming spirit and loved making others feel comfortable and happy. She was dearly loved and will be greatly missed by all who knew her.

She was preceded in death by her daughter Heather, mother Patricia, brother Daniel Jr, sister and brother-in-law Theresa and Gary Jensen, Father and mother-in-law Floyd and May Landreth, niece Barbie Landreth as well as other beloved family members.

A memorial has been established and donations may be sent to Chamberlain-Pier Funeral Home, PO Box 366, Gordon, NE 69343.

To send flowers to the family or plant a tree in memory of Geri Landreth, please visit our floral store. 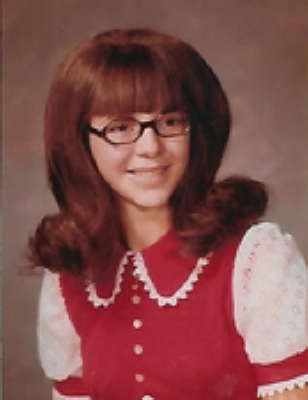