Share a memory
Obituary & Services
Tribute Wall
Read more about the life story of Grace and share your memory.

Grace Ruth (Landreth) Cerny was born on April 17, 1935, on a farm near Hay Springs Nebraska to Alva and Eva (Polan) Landreth.  Grace was the seventh of eight surviving children.

As a child Grace developed a love for the cows and chickens on the farm and spent most of her time caring for them. She attended school at Hay Springs district 57 until her family moved in 1943 to a farm close to Rushville, where she graduated 8th grade at Rushville district 16. After graduation Grace spent her time helping her parents on the farm and caring for her numerous nieces and nephews.

In June of 1955 Grace met Duane Cerny at a dance at the Rushville American Legion.  Duane had just been discharged from the Army and after meeting Grace they were inseparable.  Shortly after on June 12, 1956, Grace married Duane at Emmanuel Lutheran Church southwest of Rushville.

Grace and Duane made their home on the Cerny farm north of Clinton, where she spent her time raising and caring for her chickens and selling eggs; as well as helping take care of the cows on the farm. Grace was passionate about the cows and many of them had names, and many were considered pets.

A short year later on July 8, 1957, Grace and Duane welcomed their first child, a baby girl Sharon to the family.   Having a child didn’t slow her down though, Grace still found time to have a garden and to tend to her cows and chickens.  And in March of 1959 Grace and Duane greeted baby girl Kathryn into their family.  Just two years later Grace and Duane’s youngest daughter Diane joined the family in April of 1961.  Almost nine years went by as a family of five until June of 1970 when Michael was born thus, completing their family.

Throughout the years Grace was involved with the American Legion Auxiliary, she was a 4-H leader, as well as being active in the church.  When Michael started school Grace began working as a cook at the Rushville Public School cafeteria, where she worked for over 20 years.

Grace’s artistic abilities were not limited to just painting, Grace also had a real talent in the kitchen with pies and cinnamon rolls being her specialty.  Grace was able to share her talent and love of cooking with the community, not only through the church but also the Sheridan Livestock Cafe, where she worked for several years after retiring from the Rushville school system.

On October 16,1977 Grace became a Grandma for the first time.  She spent her spare time looking after granddaughter Connie.  Aside from her animals and the farm Grace found great joy in her grandkids and by April 1986 she was a grandmother to seven grandkids (5 girls and 2 boys).  That is until December 31, 2007, when baby Leah came to be the eighth and final grandchild.

Grace’s summers consisted of having a huge garden and spending time with her grandkids.  You could bet from June to August she would have her grandkids at the farm, spending the night, helping them raise their 4-H show pigs, or helping her granddaughters with their sewing projects. Yes, Grace’s summers were busy and if the grandkids were there you could count on chocolate milk and snack every day at 3pm.

Grace’s life didn’t simply consist of raising kids or life on the farm, she also helped her sister Ethel with her food truck and pastry shop.  Grace continued to bake and do her crafting until she was no longer physically able to. Grace and Duane spent most of their 66 years of marriage on the farm until October of 2019 when they moved to town.

Grace was living in Gordon until her death on January 22, 2023.  Grace had many talents that she passed on to her children and grandchildren.  She will be fondly remembered and loved.

To send flowers to the family or plant a tree in memory of Grace Cerny, please visit our floral store. 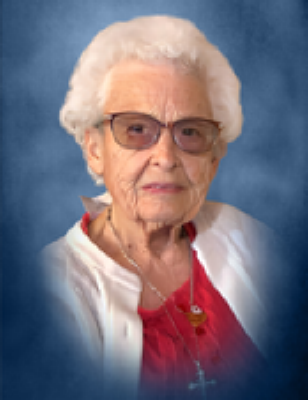