Share a memory
Obituary & Services
Tribute Wall
Read more about the life story of Iris and share your memory.

Iris Colleen Snyder was born January 23, 1927, to Eva Marguerite (Adney) and Omer Kem Smith, the fifth of their six children. She passed away at Chadron Community Hospital January 11, 2023, twelve days shy of 96 years.


Iris was raised in Mitchell, Nebraska, where her father worked in road repair. During her high school years she took on a wide variety of jobs. She enjoyed sharing stories from her work at the movie theater, hardware store, grocery store, beet factory, potato farm, and drug store. She even volunteered to fill a wartime shortage of potato pickers but quickly returned to the classroom after a day of crawling through the fields. Iris often laughed about her schoolgirl antics during the war, which included filling the high school halls with squeaking after she and her classmates skipped school, took the bus to Scottsbluff, and bought huaraches from street sellers so as to avoid using a clothing coupon ration.


Iris met the love of her life at the fairground dance hall, Harris, a Navy radioman on shore leave from the USS Yorktown. After graduating in 1945, Iris worked in payroll at the Angostura Dam construction site and Harris started law school on the G.I. bill.  She soon joined him in Lincoln, and, on March 24, 1948, they married in the Methodist Church there. Iris worked as the bookkeeper at the Western Auto Supply Company and, though not a student like Harris, learned along with him, typing all his papers, as well as those of many of his classmates. It was the beginning of a lifelong partnership lasting seven decades.


Iris and Harris moved to Crawford in 1952 where Harris entered into practice with J. E. Porter. Harris was briefly both the pioneer attorney’s associate and typist, but Iris soon joined them, taking over the wordsmithing for which she was so able. She worked side by side with her husband in the law office for over sixty years, serving as his secretary, office manager, and paralegal. Iris supported not just Harris, but also the broader legal community, sharing her expertise with local attorneys and, in later years, organizing the state bar’s first Continuing Education Program in the Panhandle. Her learning and articulation were integral to their law practice. Harris always said he would not take on any work that Iris could not do.


Iris was willing and happy to plan events and host celebrations. She organized her 50th class reunion and, at the prompting of her classmates, several more in later years. Family and friends were always welcome for all holiday gatherings, and her patriotism was on full display at her large Snyder Fourth of July family picnics which were an annual highlight for Harris’s nephews, nieces, their children, and many a welcomed guest. Among her favorite activities, though, was a good hand of bridge, and she hosted and played for many years with various bridge clubs. Iris loved sharing herself with family, friends, and community.


Iris continuously supported the community of Crawford. She was the treasurer for the Old West Trail Rodeo Association for 28 years, served two terms as President of the Crawford Board of Education, and 16 years on the Board of Trustees for the Crawford Library. Always talented with numbers and words, she secured grant money for the Community Building, the White River Trail, and the Crawford City Park’s playground equipment.  Iris was a member of the Crawford Woman’s Club, Beta Sigma Phi Sorority, and an active member of P.E.O. for nearly seventy years, holding offices and hosting meetings for both Chapter AX, Crawford, and Chapter IS, Hemingford. She will be dearly missed by her P.E.O. sisters.


Iris was widowed in April 2018 after caring for Harris in their home for four years. In 2020 she moved from her home of nearly seven decades to Ponderosa Villa Assisted Living, where she found every kindness. She loved watching the seasons change on the trees, the comings and goings of the golfers and walkers, caring for her flowers, feeding the birds and squirrels, and watching the weather roll across the buttes, as she had long done at her home.


Iris was preceded in death by her beloved husband, Harris W. Snyder, daughter, Stacy Ann Snyder, her parents, her two brothers and her three sisters. She is survived by her daughters; Angela C. Snyder; April E. Casey and son-in-law Barry Casey; grandchildren Sean Casey, Mick Casey and his wife Ashley, and Kate Casey; great grandchildren Kaiden Casey, Kennedy Casey, and Marley Casey. Memorials may be made to the Crawford Public Library.

To send flowers to the family or plant a tree in memory of Iris Snyder, please visit our floral store. 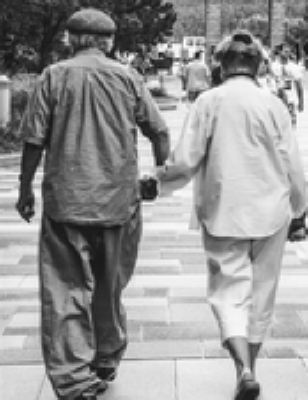 Family and friends are coming together online to create a special keepsake. Every memory left on the online obituary will be automatically included in the book.

You can still show your support by sending flowers directly to the family, or by planting a memorial tree in the memory of Iris Snyder
SHARE OBITUARY
© 2023 Chamberlain Chapel. All Rights Reserved. Funeral Home website by CFS & TA | Terms of Use | Privacy Policy | Accessibility